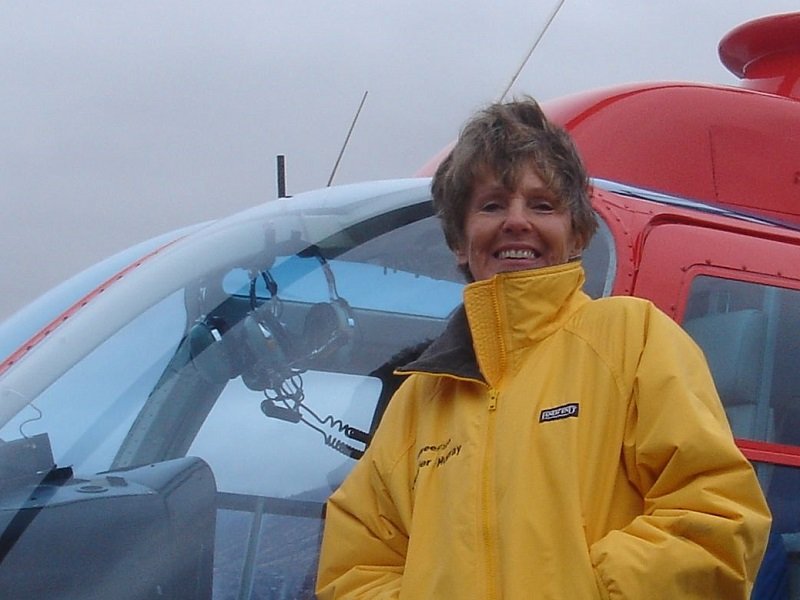 We are proud to announce that Jennifer Murray – first woman to fly around the world in a helicopter and first woman to fly above both poles – will help remit trophies to the winners of the 2017 Fly It Forward® Challenge that will take place during Women Of Aviation Worldwide Week, March 6-12.

Launched in 2010 to celebrate the centennial of the world’s first female pilot license earned by Raymonde de Laroche on March 8, 1910, the annual global Fly It Forward® competition challenges pilots from across the world to invite girls of any age to experience flight onboard a small aircraft.

The global initiative aims to address a glaring flight introduction gender gap. In 2017, a boy is still 3 times as likely as a girl to be encouraged to try flying.

“All aviation vocations begin with a passion for flight,” said Mireille Goyer, the airline-rated pilot who founded the initiative. “It is that passion that drives individuals to chose a career in the air and space industry.”

The Fly It Forward® titles and trophies reward the individuals and communities who document introducing the most girls and women to the sensations of flight in any small aircraft during the annual Women Of Aviation Worldwide Week. Categories include airport communities, pilots, and organizers.

In 2016, pilots flew more than 1,500 hours – equivalent to four around-the-word flights – to conduct 8,418 Fly It Forward® flights in aircraft ranging from balloons to ultralights to airplanes to helicopters. To win, communities routinely introduces hundreds to thousands of girls and women to flight during the Week.

This year, as the world celebrates 80 years of female helicopter pilots, Fly It Forward® Challenge winners will receive their trophies at the May 25 Fly It Forward® Award Luncheon in Vancouver, Canada, featuring Jennifer Murray as the keynote speaker.

“I am touched and honoured that you should ask me to be your keynote speaker. All that you are doing for gender equality in aviation is wonderful and very close to my heart. Indeed, it was one of the principal motivations for my global flights,” shared Jennifer Murray.