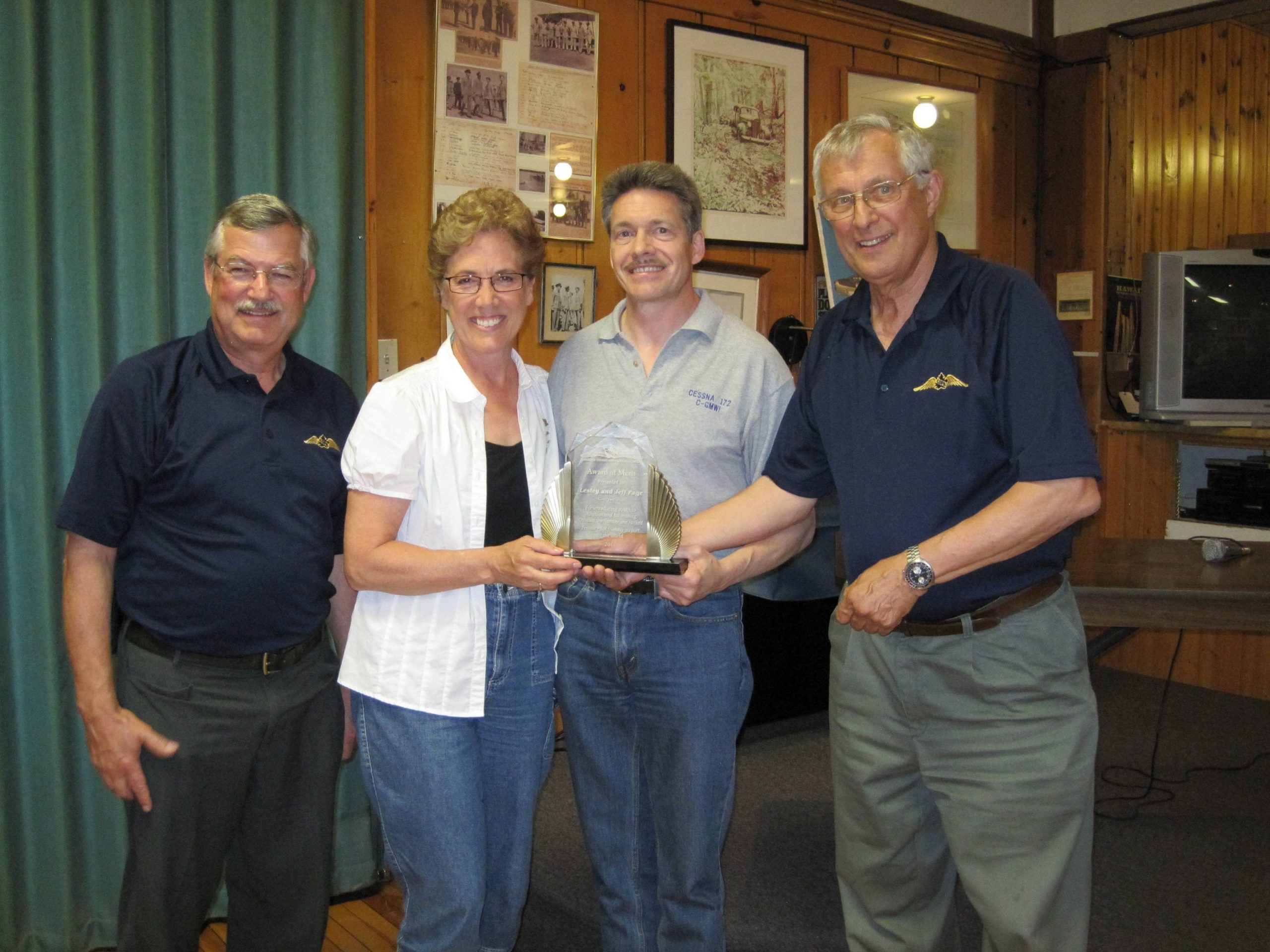 The Canadian Owners and Pilots Association (COPA) is presented annually to the person(s) whose meritorious actions are both admired by, and reflective of, the Spirit of COPA.

Today, the president of COPA, Kevin Psutka flew from Ottawa to Oshawa to join Paul Hayes, a Southern Ontario director of COPA, and present the COPA Award of Merit to VIP Club members, Lesley and Jeff, from Oshawa. The award recognized Lesley and Jeff’s astounding dedication for introducing youth to aviation and for making Oshawa the number one ranked female pilot friendly airport in the world in 2010.

The airport manager, and an Oshawa City Councillor attended the ceremony as well as many of Lesley and Jeff’s friends.

Congratulations Lesley and Jeff and thank you for keeping the spirit of aviation shine brightly in Ontario, Canada.