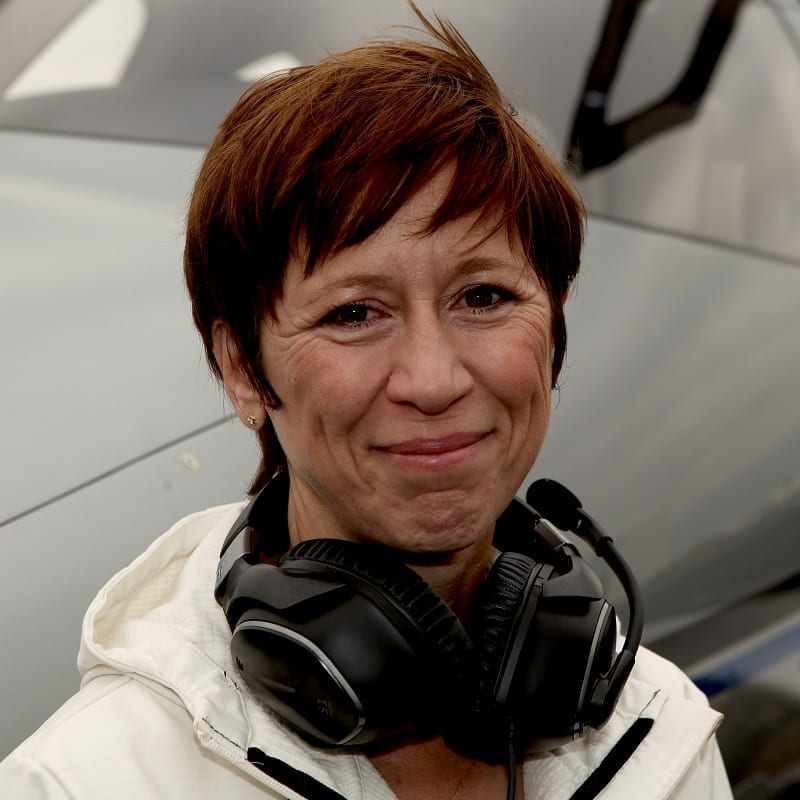 As a part of the Women Of Aviation Worldwide Week (WOAWW) celebrations and the ‘Fly It Forward®’ challenge,   Australia successfully participated for the first time in 2014 with teams from across 9 states. Pilots introduced over 400 females to flying in a small aircraft and shared their love of everything aviation with over 1400 people attending the various WOAWW events across Australia.

Over 120 volunteers, 51 pilots (male and female), and 45 different types of aircraft were used during the events taking place across 9 Australian states.

The Royal Australian Air Force join the WOAWW celebration down under by hosting a week long Flight Camp for Girls at their East Sale Air Force Base in Victoria. 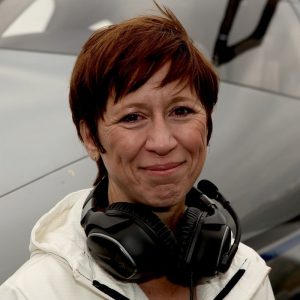 ‘Women are the Silver Lining of Aviation’ – according to Mireille Goyer, founder of the Institute for Women Of Aviation Worldwide (iWOAW).

Mireille Goyer learnt to fly for pleasure, but soon found her hobby became a passion which led her to gain her commercial licence and instructor certificates.  She has flown several thousand hours in single and multi-engine airplanes in multiple countries and holds U.S. and Canadian Airline Transport Pilot licenses. She writes a column for Canadian Aviator magazine and volunteers as an FAA Safety Team Representative.

In 2010, Mireille was stunned to discover that no one had planned a celebration for the centennial of the first female pilot license worldwide, so she then decided to launch an initiative, asking pilots worldwide to ‘Fly It Forward®’ as a salute to the first aviatrixes.

The ‘Fly It Forward®’ Challenge encourages entrants to offer girls and women with no prior connection with the industry, an opportunity to try various aviation activities, hands-on.

The original challenge received so much support that Mireille decided to take the initiative further and start an annual event called Women Of Aviation Worldwide Week (WOAWW).

“I founded WOAW week in 2011 to provide a framework for the highly successful Fly It Forward ® initiative launched as part of the celebration of the centennial of licensed female pilot in 2010,”says Mireille. “The initiative is about uniting efforts by acting across continents simultaneously within a limited timeframe.”

Global studies seeking an explanation for the small percentage of females involved in the industry’s technical fields have found that a key barrier to the participation of women in aviation is the perception that the industry is ‘for males only’. As a result, qualified candidates do not even consider the air and space industry as an option.

The aim of WOAW week is to foster growth of the female population within the technical fields of the air and space industry to reach a 25% representation within the next two decades.

WOAWW is responsible for thousands girls and women discovering aviation and flight in a small aircraft in 38 countries on 5 continents, although this number is growing each year according to Mireille.

Before 2014, Australia had not officially participated in the WOAWW celebrations.  When asked what she thought of Australia becoming involved, she replied, “I had actually tried to reach out to Australia on several occasions, going as far as picking up the phone and trying to reach someone at various associations. No luck. I wasn’t actively trying anymore when someone called Tammy contacted me.”

Australia really stepped up to the challenge during the 2014 March celebrations. “The enthusiasm was heart-warming. Few countries have understood and adopted the spirit of WOAW week as quickly as Australia did. Australia did so in a spectacular manner, earning world titles during its first participation,” says Mireille.

“I believe that Australia will be once more a significant player, not just in numbers but also in effectiveness for the 2015 celebrations.”

Plans for various WOAWW events across Australia are well underway with the theme of this year’s ‘Fly It Forward™’ celebrations embracing 100 Years of Women in Combat – ‘Serving with Honour.’

Along with encouraging females of all ages to experience their first flight in a small aircraft, pilots participating will also be offering flights to non-flying female military personnel and their daughters during Women Of Aviation Worldwide Week 2015 as part of the activities planned around the theme.

Australian committee members are excited to be offering a ‘First to Solo™’ prize in this year, thanks to the ongoing support of AirServices Australia.

Without the support of local businesses and the generosity of aviation enthusiasts who selflessly donate their time and aircraft during the week, the WOAWW celebrations would not generate the maximum outreach.

To date, 50,000 girls and women have attended WOAWW events in person and nearly 10,000 went on a first small aircraft flight experience. The overall reach via media and online is in the 100s of thousands, perhaps millions. The official WOAWW website served over 3 million pages to more than 300,000 visitors this year alone.

The 5th annual Women Of Aviation Worldwide Week will take place around the globe, March 2-8, 2015.

“As long as women are a minority, the aviation community must make a special effort to reassure female newcomers that they do belong.” Mireille Goyer.