More than 100 activities tailored to raise awareness of aviation’s diverse opportunities among girls of all ages unfolded on 4 continents during the 6th annual Women Of Aviation Worldwide Week. 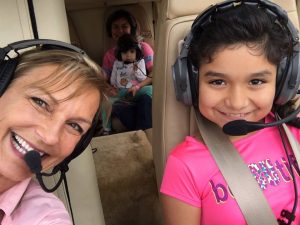 The outreach part of the initiative is designed to spark aviation vocations within the female population and improve gender balance in the air and space industry. It resolves around offering girls and women not familiar with the industry, a chance to experience various aviation activities, hands-on, as well as meet today’s women of aviation face to face to learn about the reality of various careers from a woman’s perspective.

Early survey results among the guests indicate that, while 26% of them had thought ‘aviation’ before, only 16% had dared visiting an aviation facility prior to attending the Women Of Aviation Worldwide Week event.

Aviation enthusiasts, organizations, and businesses are encouraged to actuate change locally by organizing community-based activities for girls as part of the global effort.

In 2016, roughly half of the official activities were organized by flight schools and flying clubs. Noticeable was the increase in aerospace factory visits, control tower tours, aviation university department open houses, and aviation museums special event offerings. The military had a visible presence at many of the larger events.

“The girls loved it and were so inspired and inspiring!” said Robin Guillian who organized an official activity in Burlington, Vermont. “The feedback from the community, parents, and volunteers was amazing. I loved being a part of a global initiative!”

“I had the best time of my life! This is from far the best experience I ever had. Thanks a lot to all the persons that gave me the opportunity to discover my new passion,” said Yocasta C. who attended the Lachute / Montreal event in Quebec. 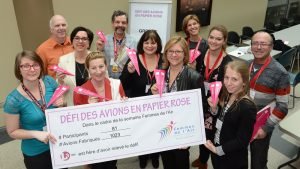 The Week’s effort is not limited to engaging girls and women. iWOAW also encourages aerospace businesses to examine the gender balance in their workforce and celebrate their successes in furthering the advancement of women within the industry.

“We have come a long way since I spread headed this social movement in 2010,” said Mireille Goyer, President of the Institute for Women Of Aviation Worldwide (iWOAW). “The number of flights with all-female flight crew taking place during The Week was remarkable and so was the number of aerospace companies such as SAFRAN Aircelle, L-3 MAS, Nav Canada, Airservices Australia who participated in our March 8 Pink Paper Plane Day.”

More than 50,000 were expected to participate in The Week’s various activities. Actual attendance and Fly It Forward® flights numbers will be announced on March 21, 2016 along with the final survey details and the names of the annual Fly It Forward® Challenge award winners.