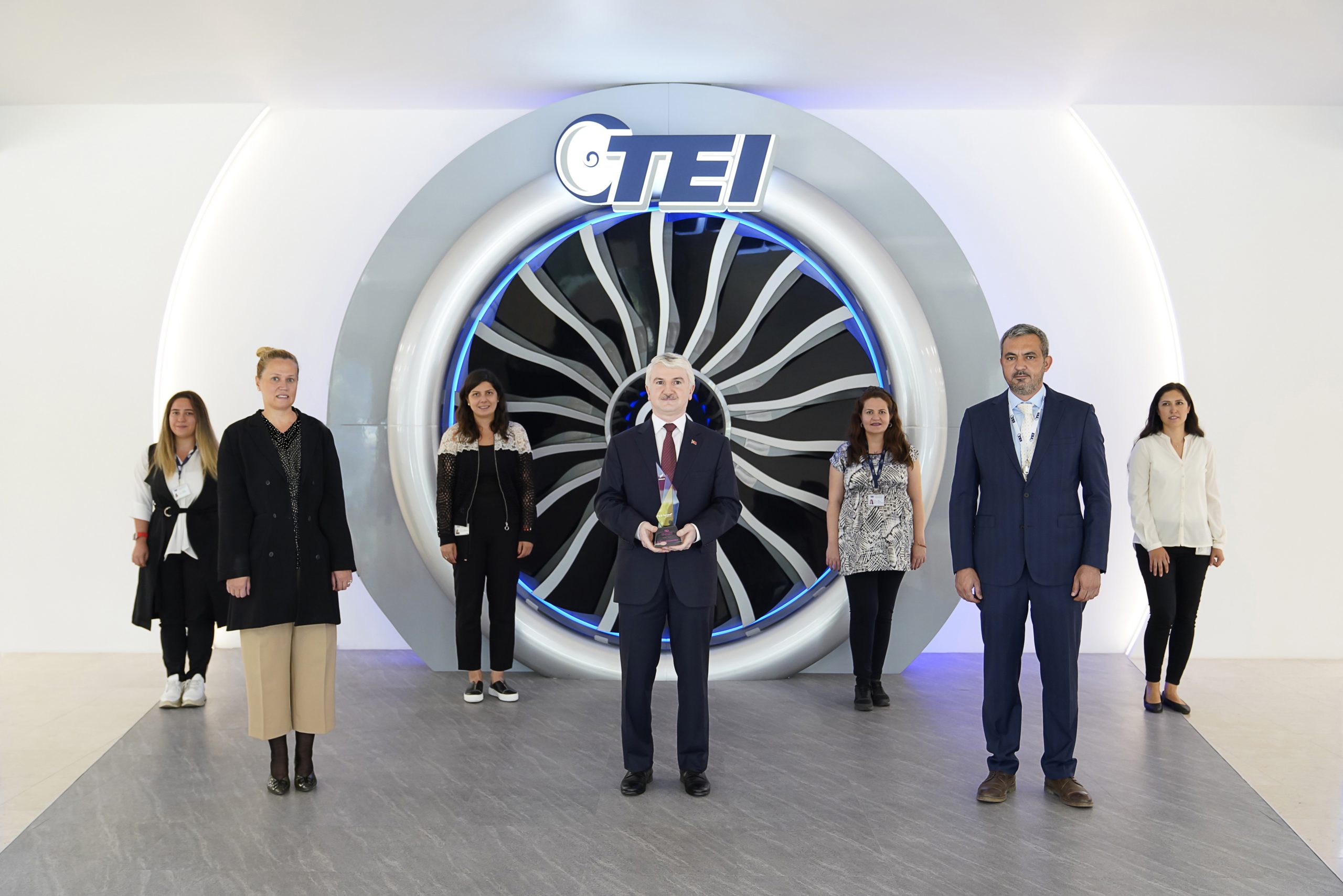 “The iWOAW events and awards have allowed us to make our voice heard by a larger audience”, says TUSAŞ Engine Industries, Inc. (TEI). “We are becoming better known and preferred by female candidates. Our female employee ratio has increased over the years”.

TUSAŞ Engine Industries, Inc. (TEI) is a joint venture company established in 1985 between Turkish Aerospace Industries Inc., General Electric (GE), Turkish Armed Forces Foundation (TSKGV) and the Turkish Aviation Association (THK). Following the purchase of F-16 aircraft by the Turkish Government, TEI was established to produce parts for the F110 engines used in these aircraft and support the Turkish Aviation Association (THK). TEI produced and delivered its first engine and engine parts in 1987 and ever since has been transferring the manufacturing, assembly and testing technology of aircraft engine parts and modules to Turkey, and has proven its success in global markets with its reliable, high quality production in accordance with international standards.

TEI has customers from all around the world in the defined areas, but especially main aircraft engine manufacturers, air forces of various countries and platform manufacturers.

TEI also offers a variety of AIT services and a wide range of maintenance, repair and revision (MRO) services for F110, T700, Makila1A1 and TF33 engines and their parts.

TEI is also working on multiple engine design and development programs, developing piston engines for UAV platforms and turboshaft engines for civilian helicopter platforms. In this context, by accelerating its indigenous engine development projects since 2013 it has developed 10 national and 1 domestic engines and designed, developed, produced and operated these engines and started mass production for many of them in the last 7 years which is also in line with Turkey’s needs.

TEI is proud of being one of the key players in the aircraft engine industry nationally and always aims to follow industry trends internationally and compete with international major engine manufacturers. Performing successful works in the field of human resources in addition to the national and indigenous aviation engines it developed, TEI was awarded the “Employee Engagement Special Success Award” for 3 years in a row (2017-2018-2019) from Kincentric, the world’s leading human resources and management consultancy company . In 2020, TEI was awarded “Best Employer” in Turkey award in the “Best Employers” research, which has been carried out since 2006 in Turkey and for more than 20 years overall.

TEI carries out social responsibility projects in many fields in order to increase the number of female employees in the aviation industry and organizes different events every year to inspire female students and promote the aviation industry. In this context, contributing to IWOAW events held worldwide to raise awareness is the biggest motivator for TEI employees. Parallel with this, TEI was one of the biggest contributors to IWOAW’s world record attempt with its Pink Paper Challenge event in 2016.

As part of the Women of Aviation Worldwide Week activities, TEI has been organizing different activities for girls in high schools in Eskisehir, where its main campus is located since 2016, and introducing the aviation industry to female students before choosing their profession, and showing them that they can do many studies in different areas of expertise in this business. As a result of its awareness activities, TEI has been awarded the “Most Female Friendly Corporation” by Institute for Women of Aviation Worldwide for 3 consecutive years. In 2021, TEI organized an online event on the YouTube channel due to the pandemic and contributed to the recognition of the industry by about 2,000 people.

As TEI family, we meet with our female employees at many events in order to win the competent female employees of the future and introduce the aviation sector to female students, encourage them to study in the areas of expertise related with aviation and increase women’s interest in the aviation sector. By winning the “Most Female Friendly Corporation Worldwide” award for the 3rd time with these events we have been organizing since 2016, we have proven the value we give to female employees globally and we have strengthened our ability to be a company that values women employees most with practices responding to the needs and expectations of our women employees.

Thanks to the IWOAW events and awards that allow us to make our voice heard by a larger audience, TEI has started to be known and preferred more by female candidates and our female employee ratio has increased over the years.