March 6 to 12, industry enthusiasts and key stakeholders will unite to welcome girls and women in their facilities and encourage them to explore the sector’s careers and hobbies, hands-on. 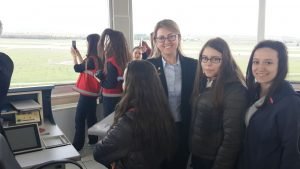 During the 7th annual Women Of Aviation Worldwide Week, March 6 to 12, the air and space industry will shade its enduring male-dominated image. Girls and women will be the majority at industry facilities such as airports, aerospace factories, and control towers where industry enthusiasts and key stakeholders are putting the final touches on events designed to attract and empower them. 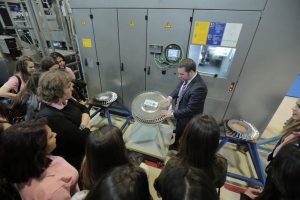 In fact, more than 50,000 girls and women are expected to attend the Week’s official events spread out across four continents – America, Asia, Europe, and Oceania. They will meet women who chose a career in the industry, learn about past women of aviation’s contributions, visit various work environments, and try some of the activities, hands-on, including flying in small aircraft at some locations.

Women Of Aviation Worldwide Week is an extension of the original Fly It Forward® movement launched in 2010 to celebrate the Centennial of the world’s first pilot female licence earned by Raymonde de Laroche on March 8, 1910 – long before women began to march for voting rights on that very day. It aims to not only celebrate women’s accomplishments at a historically and socially relevant time of the year but also address the industry’s introduction gender gap and overall lack of gender balance by raising awareness. 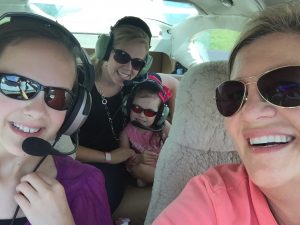 Today, a boy is still three times more likely than a girl to be exposed to aviation opportunities. Industry enthusiasts and key stakeholders are uniting across borders and affiliations to ensure that girls and women get the invite and the front row seat during the Week.

Since its inception, the initiative powered the Institute for Women Of Aviation Worldwide (iWOAW) has motivated more 140,000 girls of all ages to explore the industry’s careers and hobbies. Last year, 63% of the 44,000 participants declared considering a career or hobby in the industry as a result of the positive experience.

In 2017, iWOAW is offering $15,000 worth of prizes, trophies, and scholarships to eligible participants. Furthermore, the non-profit association is waiving application fees for organizations involved in official events which seek the coveted iWOAW Certified Women Friendly designation.

Mireille Goyer, iWOAW’s Founder and President, will attend four of the Week’s official events. She will be at Del Sol Aviation in Albuquerque, NM, on March 6, at the Airbus Assembly Plant in Mobile, AL, on March 8, at the Louisiana Regional Airport in Gonzales, LA, on March 9, and at Glacier Air in Squamish, BC on March 11.