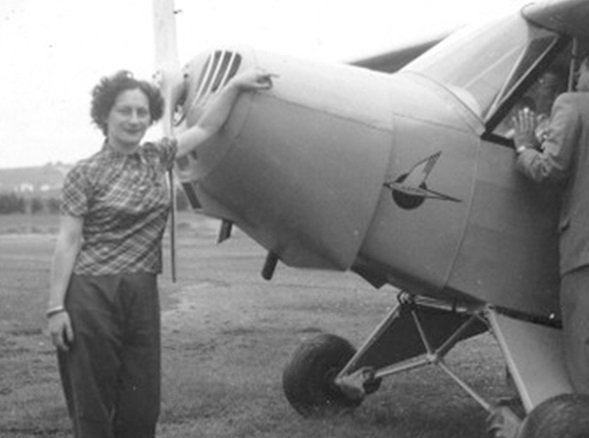 In 1956, Brazilian Ada Rogato boarded her Cessna 140 to fly throughout the Amazon Jungle landing in newly opened forest clearings and visiting Indian villages. She was the first human being to do so. The epic trip took 163 hours of flight time.

The week scheduled around the anniversary of the world’s first female pilot license earned by Raymonde de Laroche on March 8 1910 addresses a key barrier to women’s participation in the industry’s technical fields namely the lack of awareness of aviation and aerospace opportunities available to them.

During the week, aviation enthusiasts, businesses and organizations invite girls of all ages to visit local airports and industry facilities and experience for themselves the thrill of aviation.

Each year, iWOAW organizes multiple challenges and contests rewarded with world’s titles and prizes, including up $2,500 in flight training cash for the top three First to Solo™ Challenge participants.

Official activity organizers are encouraged to feature elements to highlight the annual theme and celebrate all female bush pilots who serve as the human lifeline to many remote communities across the globe.

“Too many women are not aware of women’s long and rich history of contributions to the industry,” says Mireille Goyer, iWOAW’s Founder and President. “By annually selecting a theme based on women’s notable breakthroughs, we are aiming to restore women’s roots and rebuild their aviation identity.”

Everyone, regardless of gender, affiliation, or geographical location, is invited to celebrate and engage the female population.