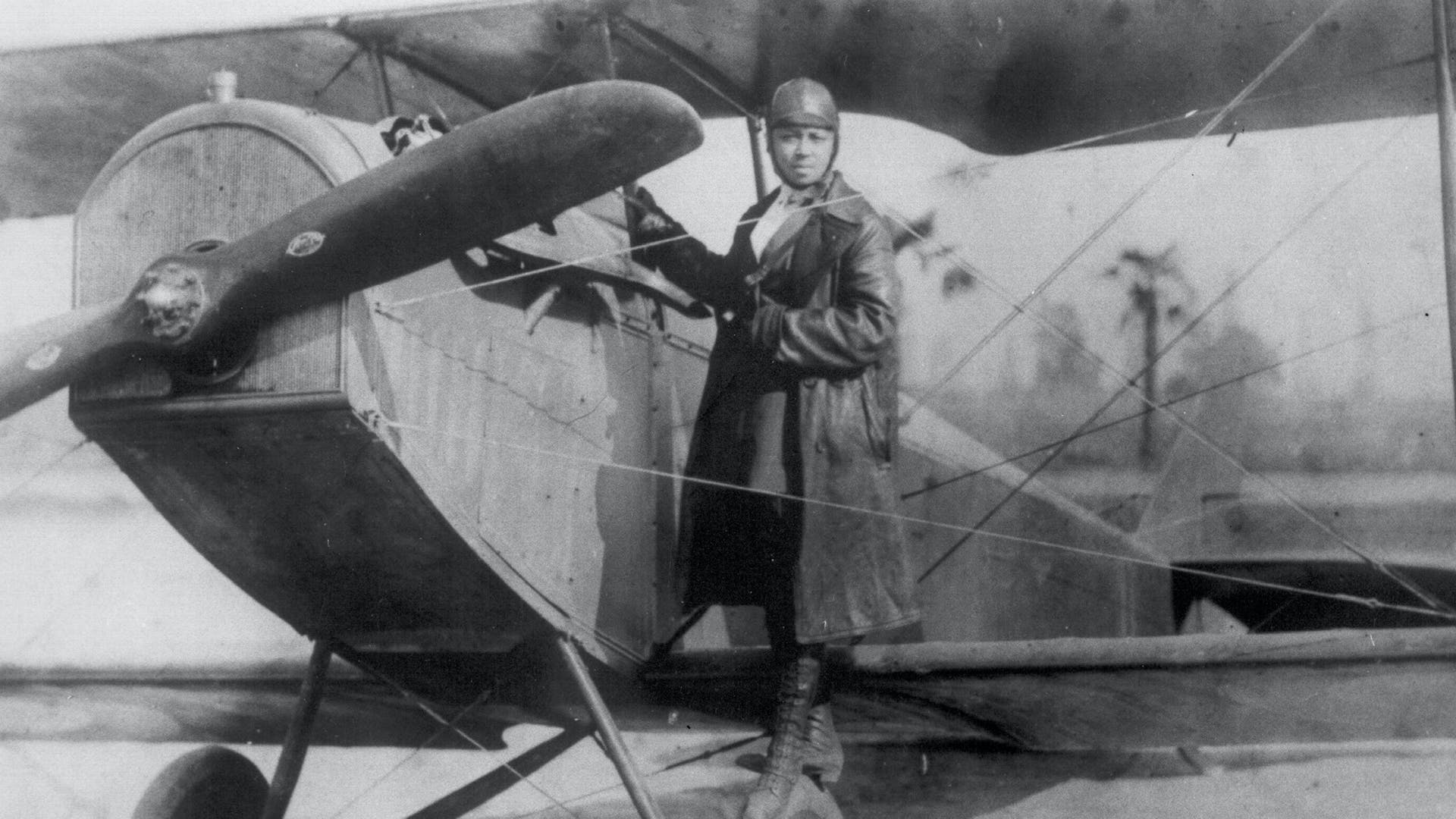 IWOAW is celebrating 100 Years of Female Pilots of all Races as part of Women Of Aviation Week 2021.

Headlines and photos of WWI pilots and planes captivated the attention of Bessie Coleman but a dare by one of her brothers set her pilot career aspirations in motion.

“You nigger women ain’t never goin’ to fly, not like those women I saw in France,” her brother John told her in front of her clientele at the barbershop where she specialized in manicure care. She smiled and replied; “That’s it – You just called it for me.”

She applied to almost every American flying school to no avail. Coleman’s flying dreams were put on hold until she met Robert S. Abbott, editor and publisher of the Chicago Weekly Defender.

He suggested France as a training spot for her because, as he put it, the French still possessed a kind of “aero mania” and were more liberal in their attitudes toward women and “people of color.”

Aviation was born in France. The world’s first human flight took place in Paris, France in 1783 when Étienne Montgolfier lifted off onboard the Montgolfier Brothers’ balloon.

Unlike the Wright Brothers who refused to train or sell airplanes to women in the early 1900s, the Montgolfier Brothers in the late 1700s were eager to share flying with whomever was willing to try.

By the 1920s, French men had indeed acquired quite a reputation for training women and anyone else who wanted to learn to fly. Nine of the first ten women in the world to earn a pilot licence did so with a French man as an instructor.

Hélène Dutrieu (#4) of Belgium travelled to France to learn to fly. So did Hilda Hewlett (#10) of England and many other women across Europe.

Those who could not travel to France often learned from French expatriates. Harriet Quimby (#10), the first American woman to earn a pilot licence in 1911, studied at the Moisant flight school owned by the French-Canadian-American Moisant Brothers. Amalia Celia Figueredo of Argentina trained with Frenchman Paul Castaibert.

At that time, learning a new language just to be able to fly was easier than fighting off blatant discrimination.

That is why Bessie Coleman learned French at a language school on Chicago’s Loop while working to save money for flight training.

For the next seven months, she walked each day to the flight school and learned to master tailspins, banking and looping the loop. On June 15, 1921, she received international pilot’s license No. 18.310 and became the world’s first non-Caucasian woman to hold a pilot licence.