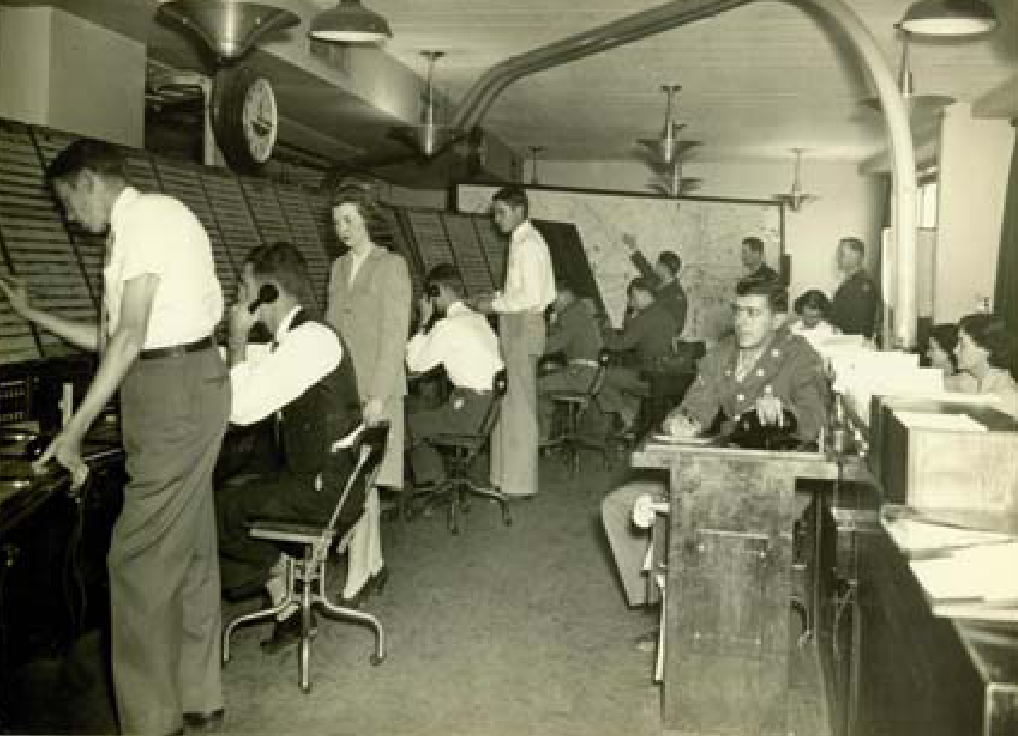 In 1910, authorities established pilot test procedures and began to require a pilot licence for certain commercial operations like participating in airshows. Post WWI, commercial air traffic had grown enough in some areas to require the diffusion of basic aeronautical information such as weather, facilities availability, and air traffic to ensure safety.

Nobody really knows who was the first woman in the world to act as a traffic controller. However, we do know who was the first female center tower operator specialist hired by the CAA (now FAA). Her name was Mary Gilmore. She became a CAA employee in September 1941 when the CAA took over control duties at the airport where she worked.

With the U.S. gearing up for war, a new personnel policy stated that “no person shall be selected for employment in the CAA who is eligible for military service”. The job applicants had to be between 20 and 45 years of age, have a private pilot’s license, and 18 months of air traffic control experience or a high school or college education. Training consisted of four weeks of theory, followed by on the job training in a control tower. In all, it took six months to complete. The first CAA training classes began on November 1, 1941. There are no official records of women in the first cohort.

A the end of 1942, women comprised approximately 40 percent of the controller trainees. An article in the Civil Aeronautics Journal in December 1942 reported that “women graduates of past sessions are already serving satisfactorily in a number of airport control towers and airway traffic control centers.”

Nonetheless, post-war, the CAA stopped training women and staffed many air traffic control jobs with men returning from the war effort. A few women from the classes of 1942 were able to hold on to their jobs and paved the way for the next generation of women.

As of December 2020, the percentage of FAA female air traffic controllers is 17%.