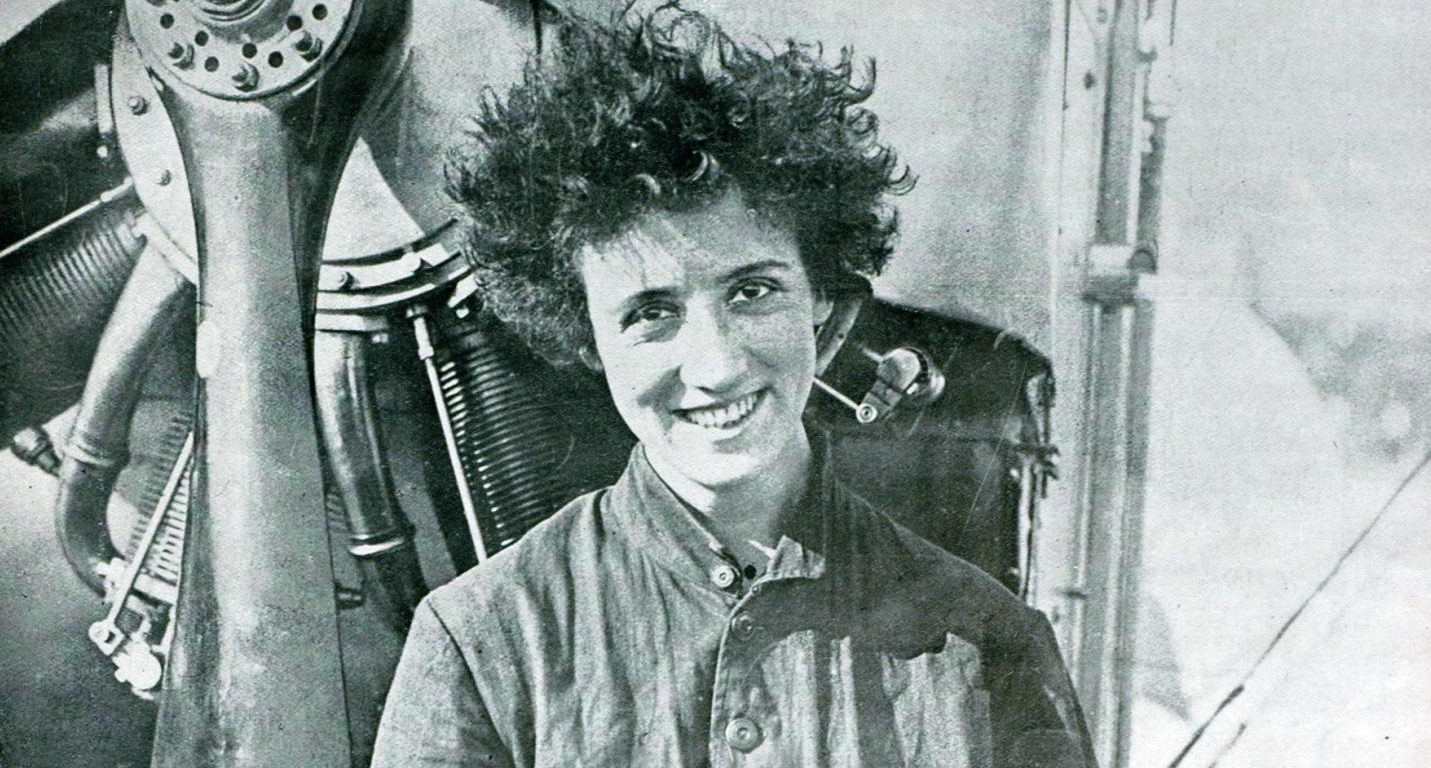 On April 1, 1921, Adrienne Bolland became the first woman to successfully fly across the highest section of the Andes mountain range – a section that killed five pilots who tried before her. Her trailblazing path through the peaks, the shortest, became the route that famous Aéropostale pilots like Jean Mermoz and Henri Guillaumet would follow.

The turbulent last born of seven children, Bolland was known in the family as the “little terror”. “No one could change my mind,” Bolland recalled later. “I kept saying. I won’t give up, It served me well in life; I never gave in.”

The young woman was intrepid and brazen. She loved partying and gambling. One day in late 1919, she gambled away all her money and then some. A friend suggested flying as a way to rebuild her wealth. Bolland decided to become a pilot.

She travelled to the Caudron manufacturing plant and school in Le Crotoy and enrolled in the pilot training program in November 1919. She was 24.

On January 29, 1920, she got a pilot licence. Her talent as a pilot was obvious. The factory owner, René Caudron, thought she could be an asset for aircraft presentation, ferrying, and marketing. He hired her as a factory pilot a few days later. One of her first assignment was to fly across the English Channel – South to North. Harriet Quimby had flown across the Channel, North to South, 8 years earlier.

Later than year, Caudron sent her and two G-3 on a marketing tour in South America. She arrived in Rio in December 1920 with no specific plan in mind other than wandering from airport to airport showing off the airplane.

By the time she reached Argentina, the local media swarmed her believing that she came to fly across the Andes – something she had mentioned. With headlines about her intentions filling up local newspapers, the dare is on.

Her request was denied. So she decided to attempt the crossing with the airplane she had, knowing full well that the odds were against her.

At 6 am on April 1, 1921, she took off from Mendoza without authorization. The military had denied her request.

Three hours later, she was approaching the Christo Redentor de los Andes at the Argentina and Chile border. Without any supplemental oxygen, her mind was getting foggy. The frigid air passing through her open cockpit was relentless. She needed to find a lower path through the mountains since her airplane did not allow her to climb. She continue straight ahead until she saw a breach between cliffs on the left. She aimed for it and maneuvered her small craft through the narrow corridor.

After 15 minutes, the passage began to widen and the local winds began to calm down. Soon, she could now see the Pacific Ocean. To her left in the lowland, she saw a huge city, Santiago. She aimed for it and began to descend. Two airplanes came to meet her. It was the Chilean military pilots. Although the military denied her flight request, they were monitoring her progress along the way.

As she approached the city, she saw an airport with a huge French flag. It was the Lo Espejo military airport. After landing, she nearly fainted in exhaustion. Military personnel lifted out of the airplane and carried her in triumph. She was 25 and had only 40 hours of flight experience.

To celebrate the Centennial of her flight, Argentina opened two museum exhibits and issued a commemorative stamp – the first featuring a female pilot in the history of Argentina’s postal service.

“What comes first for me is freedom. And we were free! Once we took off, we didn’t care about what was going on below. We had no contact with Earth. There was no control tower, there was nothing! “