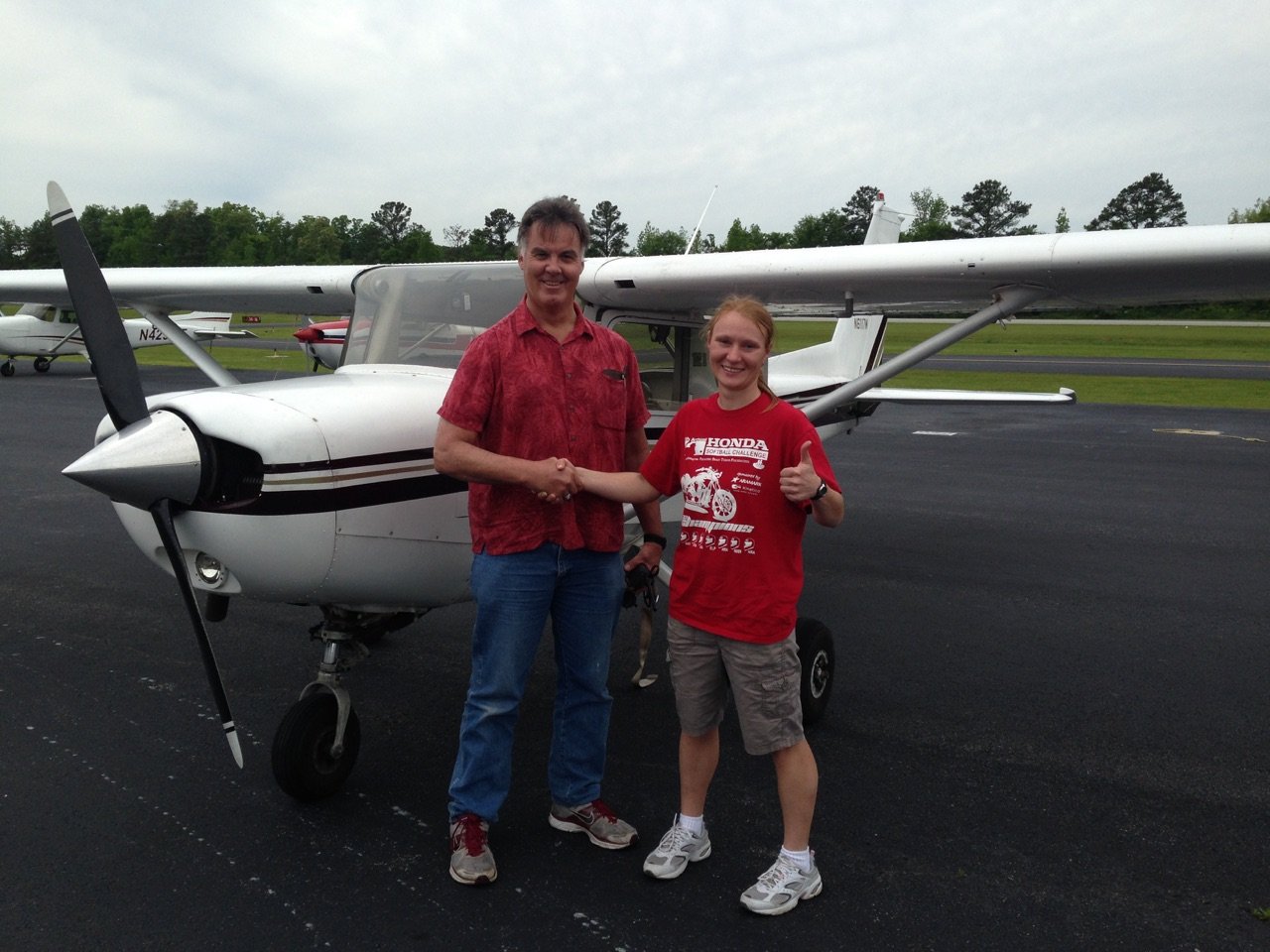 Wendy Rose never set out to become a pilot. She was a content wife and the mother of a young girl with a big dream – becoming an astronaut.

Her life changed dramatically when she decided to attend a Women Of Aviation Week event organized by FlyQuest in Huntsville, Alabama. She was there to support her daughter’s aspirations. She ended up competing successfully for the Fly It Forward® First-to-Solo Scholarship.

The Fly It Forward® Challenge has a unique and highly successful approach to outreach. Event organizers are encouraged to invite women and girls to discover and experience aviation with their female support group, whatever the age. As a result, women old enough to start training immediately have often done so. iWOAW’s Fly It Forward® Scholarships serve as an incentive to act without delays.

Rose was not the obvious pilot candidate when she decided to take the iWOAW’s Second Step Challenge. Math was not her thing and her eyesight did not meet the FAA’s medical standards.

That did not stop her. She was on a mission for her daughter.

“I decided to set my goal on becoming a pilot and fly my little girl high in the sky, to be closer to the stars, until she can get there and higher on her own,” Rose said.

As most pilots-to-be do, Rose navigated a number of challenges and set backs. The weather did not cooperate at first. Her flight instructor got the flu. Then, there was the slowness of the administrative process to obtain the medical waiver for her below-standards eyesight.

I haven’t once thought about quitting. Although winning the competition was my intention, becoming a pilot was my goal. I kept going, medical or not.

But it all worked out. Rose won the Fly It Forward® First-to-Solo Scholarship. As soon as she did, she set up a new goal – becoming a flight instructor to teach her daughter to fly.