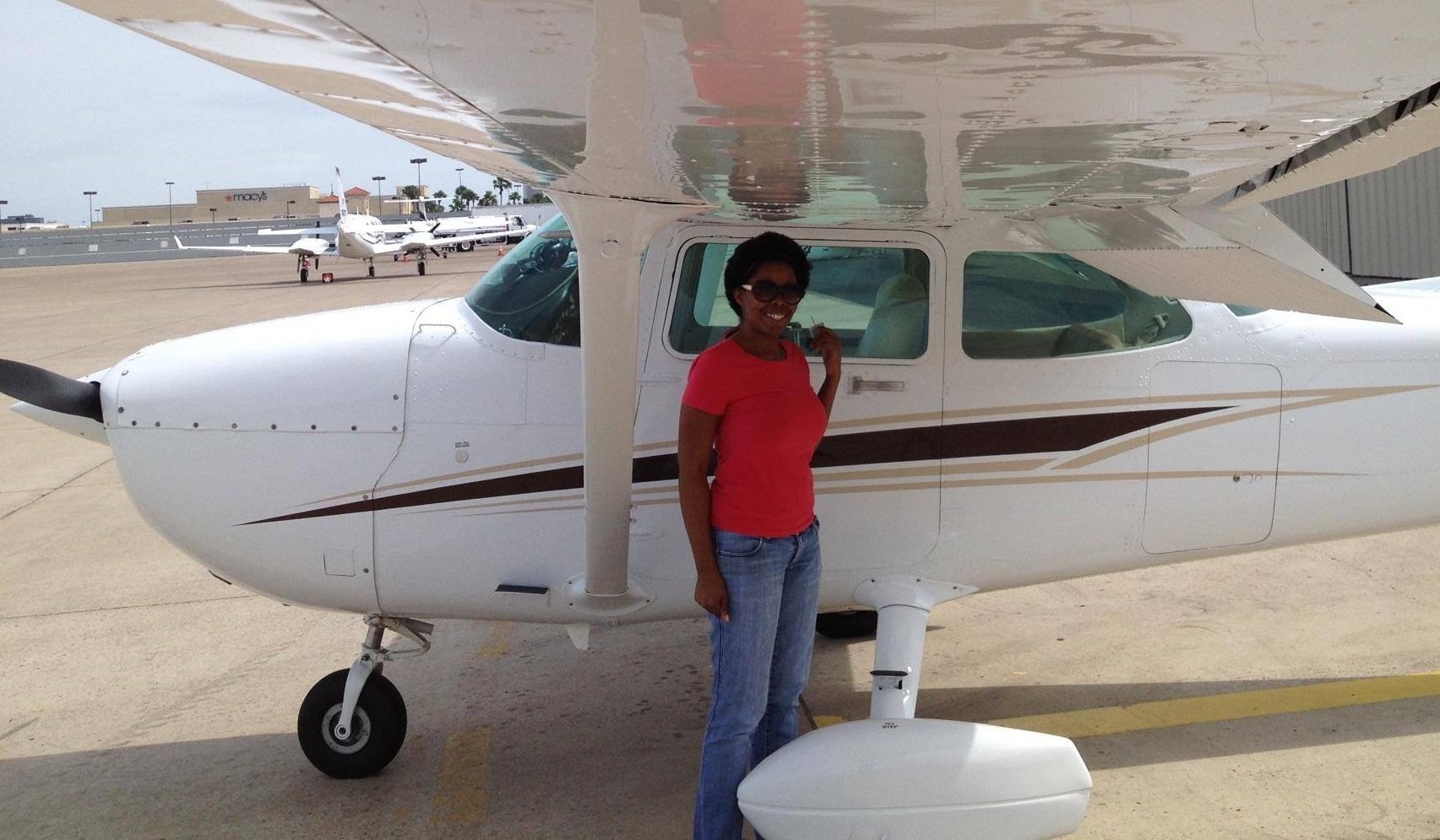 One day when she was a little girl, Elizabeth Robertson was lying on an old school bench swing in her grand mother’s backyard in Texas, USA, when she declared: “I want to be in the sky one day”, Her grand mother told her that she was crazy and that she should go to college, get a degree and get a job. And that is exactly what she did.

Elizabeth earned a Bachelor of Science in Chemistry at the University of Texas – Pan American in 2005 and became a college science teacher. But the pull of the skies never left her.

In 2015, Elizabeth took her first step towards making her flying dreams a reality. She bought herself a local discovery flight to enter in iWOAW’s First-to-Solo Challenge and signed up for ground school 4 days later.

Adverse weather and issues with instructor guidance delayed her progress towards her first solo but, by July, she had successfully passed her Private Pilot Knowledge Test. On August 17, Elizabeth sent us a photo of her first solo flight. She was the third among the 2015 First-to-Solo class to fly solo.

Before the end, Elizabeth earned her first ground instructor certificate. Just one year after, on March 28, 2016, she became a fully licensed pilot. That was just the beginning. Elizabeth always aimed to become a commercial pilot.

By the end of 2018, she had become a fully fledged commercial pilot and a certified flight instructor with instrument and multi-engine qualifications. Last year, she was working as an aerial survey pilot for JAV Imagery LLC. Keep an eye out. Soon, Elizabeth will be your airline pilot.