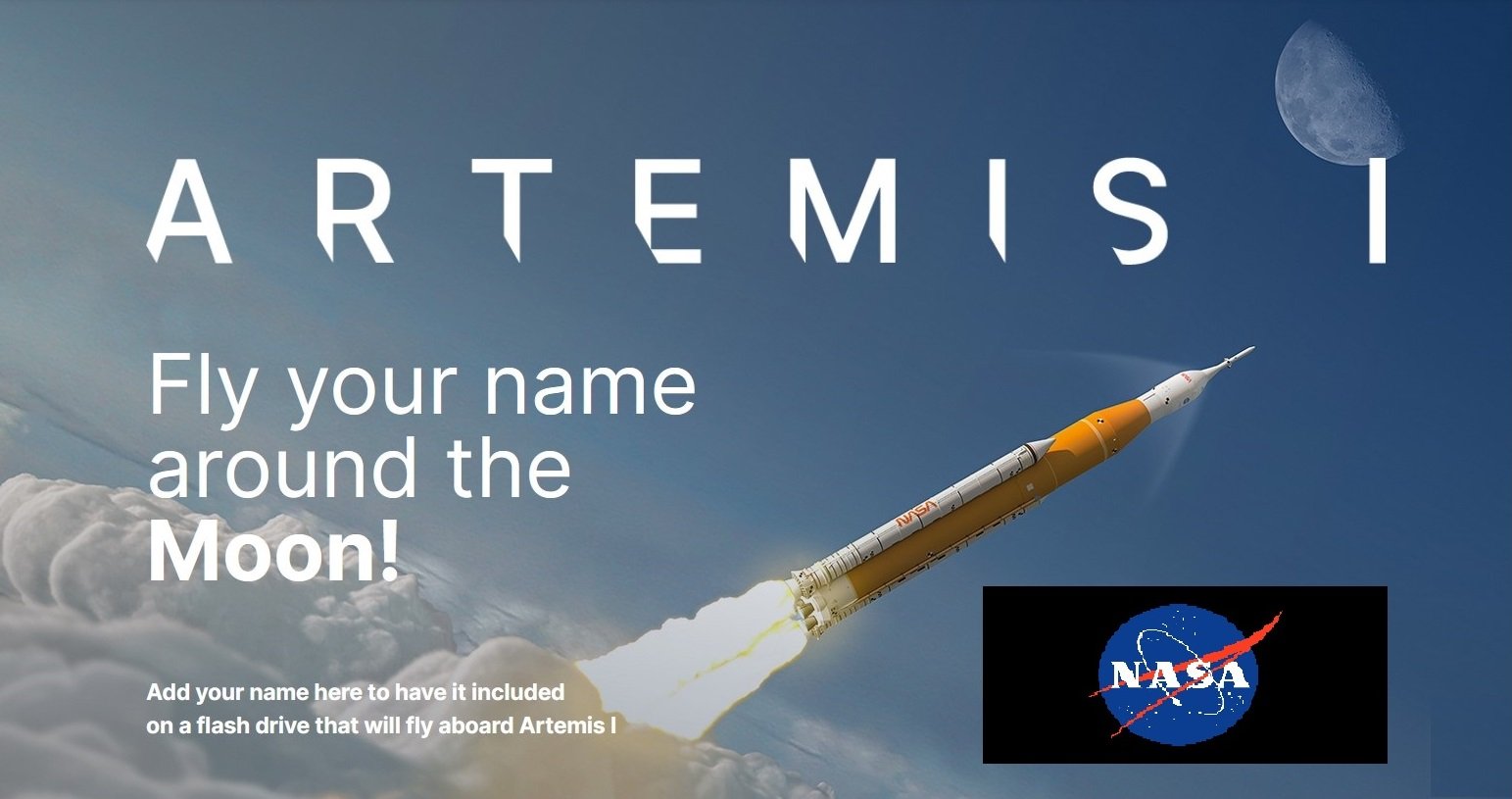 What if space was gender-balanced? If can be – in name – if enough women and girls respond to this cool and free NASA offer.

Artemis I will be the first uncrewed flight test of the Space Launch System rocket and the Orion spacecraft. The flight paves the way toward landing the first woman and the first person of color on the Moon! You can have your name included on a flash drive that will fly aboard Artemis I. Click here to add it.

The Artemis program is a human spaceflight program including with multiple international partners and led by NASA. The primary goal of Artemis is to return humans to the Moon, specifically the lunar south pole, by 2025. If successful, it will culminate in the first crewed lunar landing mission since Apollo 17 in 1972.

The Artemis program began in December 2017 as part of successive efforts to revitalize the U.S. space program. NASA’s stated initial goal for the program is to establish an international expedition team and a sustainable human presence on the Moon. Long-term objectives for Artemis are laying the foundations for the extraction of lunar resources, and eventually making crewed missions to Mars and beyond feasible.

It takes just a couple of minutes to add your name and get an official boarding certificate. Let’s make women and girls the majority in the space as they are on Earth. Click here to make your name fly around the moon.