It is 2016 – 106 years later. Out of approximately 1 million pilots worldwide, less than 50,000 are women. Other high paying technical aviation activities do not fare very well either when it comes to gender balance.

It is 2016. The time has come to wholeheartedly engage the female population regardless of age, race, background, and geographical location and make it possible for girls and women everywhere to realize that, yes, flying is indeed the best possible thing for them. 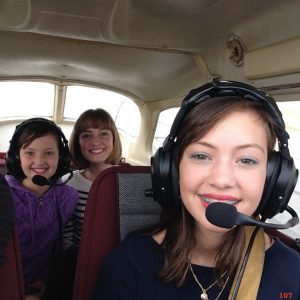 It is 2016. The time has come to rally across borders and affiliations and erase the common perceptions that decades of locked doors engraved in the minds of girls and women by welcoming them in aviation facilities with open arms and let them experience for themselves that aviation is indeed for them.

It is 2016. The time has come to generate exponential growth in the air and space industry by including the other half of the population at every operational level by introducing girls and women to all aviation activities, hands-on.

It is 2016. It is time to break the status quo. Join 96,000 people in 36 countries on 5 continents and help inspire record numbers of girls and women. Together, we can change the face of aviation. Let’s WOAW. 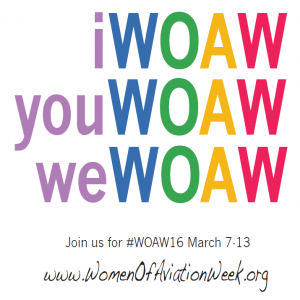