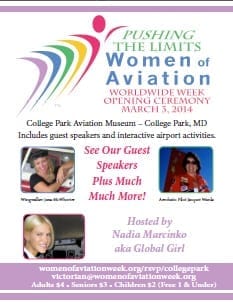 On February 28th, 2018, the Turkish Directorate General of Civil Aviation (DGCA) inscribed celebrating Women Of Aviation Worldwide Week as one of the country’s directives to foster gender balance in the aviation industry.

The main mission of the DGCA, the civil aviation authority of Turkey that sets up rules, enforces the rules and checks the implementations, is to increase sector-based capacity, productivity, and aviation activities as well as ensure that aviation activities are carried out in a safe and secure way.

Within the framework of the “Principle of Equality” in the Turkish Constitution, the Gender Balance Fostering Instruction (SHT-TCD) was prepared to ensure the sustainability of the equality principle.

As part of the scope of the Instruction; the procedures and principles related to the action and process required to develop social justice and gender balance in the Turkish civil aviation sector were entered into records.

In addition, a “Gender Balance Fostering Commission (GBFC)” with members from the authority and selected companies, schools and NGOs in the aviation sector was established to:

Can Erel, the countrywide mentor for the Women of Aviation Worldwide Week for years and the Deputy Director General of the DGCA, is the commission’s founding chairman.

One of the GBFC’s first action was to proclaim March 8 as “Women Of Aviation Day”  because the first female pilot of the world, Baroness Raymonde de Laroche, obtained her pilot license on March 8, 1910, and the week of March 8  as “Women of Aviation Worldwide Week”  with the aim of organizing female outreach events throughout Turkey to foster gender balance in aviation. The proclamations were entered in the Gender Balance Fostering Instruction (Article 6).

The DGCA formerly introduced the GBFC to the public as part of its first symposium on “Development of Gender Balance in Aviation: If Women Soar, Turkey Will Soar!” held in Ankara on March 8, 2018.

Additional events are planned in Turkey later this year including a symposium on “Women in Air & Space” by the AjansON9 in Antalya, Turkey, on April 26, 2018.