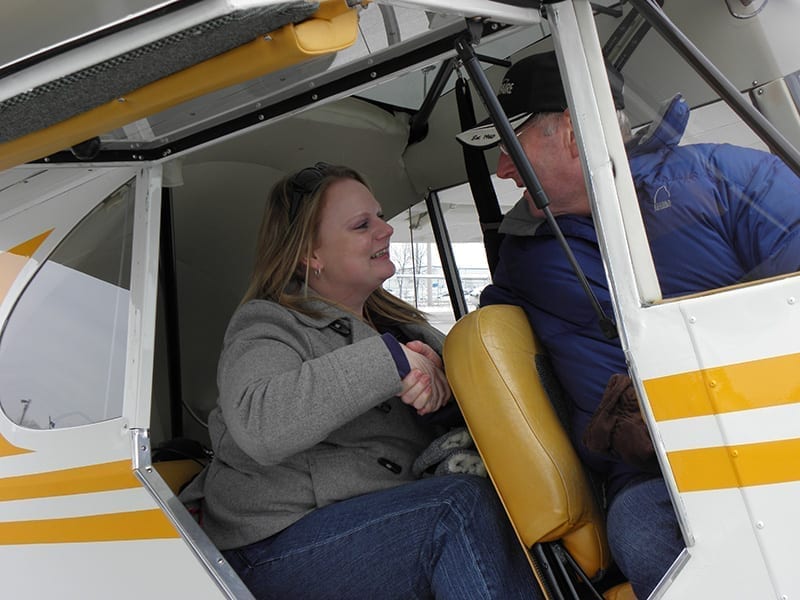 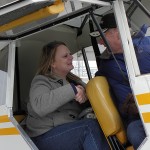 Besides having bragging rights to this prestigious title and receiving a trophy, the winner will have its name added to the list of title winners on Wikipedia and the accomplishment will be widely reported in the media.

Barely two weeks after she discovered flying during the 2012 Women Of Aviation Worldwide, Elaine wrote us the following message: “I really enjoyed my time with the pilot during the week of activities, so much so that I have a keen interest in learning to fly. Would it be possible to direct me to teaching facilities in and around this area?  Your website shows only Waterloo, that’s really far from here.”

Unfortunately, no flight school was involved in the event at the airport where she took her first flight so that she could get the information at the time. So, she searched our Verified Women Friendly Directory. Since no flight school in her area chose to be involved in Women Of Aviation Worldwide Week, none were listed in her area.

Participating in the Women Of Aviation Worldwide Week celebration as a training center earns the training center a free listing of our Verified Women Friendly Directory, the number one reference for thousands of women looking for training.

What does it take to participate in Women Of Aviation Worldwide Week? Simply organizing an event or a promotion directed strictly at girls and women during the week and letting us know about the offering and its outcome. When we receive the details, the business will be added to the directory.

What is does it take to win the prestigious “Most Female Pilot Friendly Training Center Worldwide”  title? Be the agent for the most female discovery flights given during the week in one location. No, the training center doesn’t have to give discovery flights for free; it simply has to motivate participation and manage flights.

For instance, the training center could organize a fly-in and offer a prize to pilots who come with one or more female first time flyers onboard. It could offer a 10% discount on aircraft rentals to your customers who fly to introduce girls or women to flying during the week. Better yet it could organize or a massive female first flight event. Whatever it does, it has to promote participation and keep track of the activity.

“Our numbers for women in the programs has increased, and we are always trying to invite more,” reports Marc Vanderaegen , Flight School Director at Southern Interior Flight Centre, a training center that has participated in Women Of Aviation Worldwide Week annually since 2011.

Are you a training center owner or manager? Can your training center make the same claim? If not, check out how can participate in Women Of Aviation Worldwide Week, today!