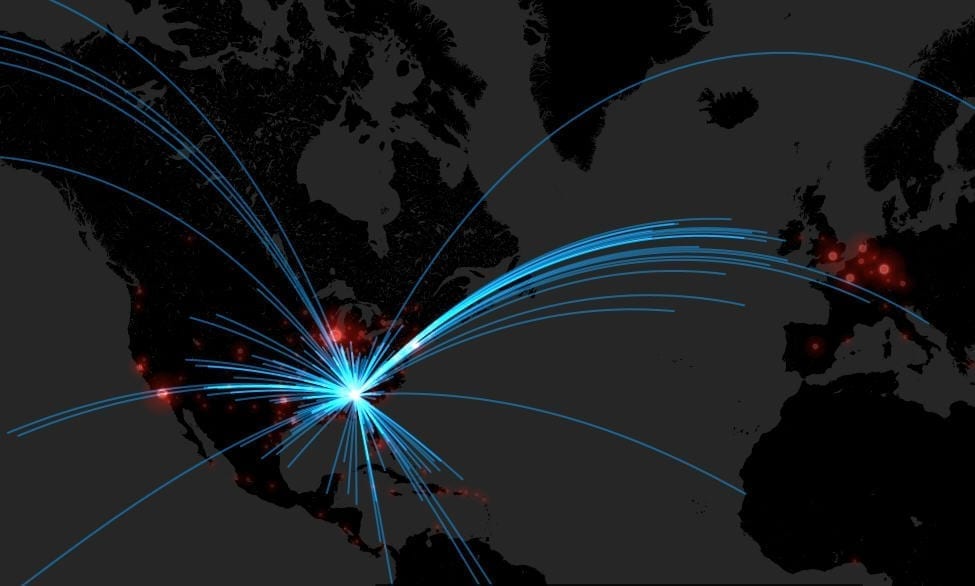 Vancouver, January 28, 2013 – In partnership with PlaneFinder.net, the Institute for Women Of Aviation Worldwide (iWOAW) is proud to announce a social and technological first.

The project named “Women Color The Skies” will combined the collected flight tracks to create an online animated and interactive visualization of the current involvement of women within the industry as well as the level of engagement on the part of the industry to encourage more to join.

Professional women of aviation involved in commercial flight operations in a technical capacity such pilot, air traffic controller, dispatcher, mechanic, engineer, etc. are invited to report their week’s professional activities at www.womenofaviationweek.org/contests/women-color-the-skies-challenge to see the flight tracks of their flights added to the online visualization.

One of the key highlight of the week is the mass introduction of girls and women to the sensations and magic of flight in small aircraft. The pilots who introduce girls or women to flying during the week can see their flights added to the online visualization by reporting their flights at www.womenofaviationweek.org/event/acting-individually.

According to numerous studies, perceptions that the air and space industry is for men constitute a main barrier to women’s increased participation as women fear isolation and limited growth opportunities if they choose the field. About 2% of aircraft mechanics, 6% of aircraft pilots, and less than 12% of aeronautical engineers are women.

“Using PlaneFinder.net’s exciting technology, we are hoping to help put to rest some of the justified worries many women have when considering a career in the industry,” says Mireille Goyer, Founder and President of the Institute for Women Of Aviation Worldwide. “It is critical that women realize that other women are currently actively involved in the industry. The online interactive visualization is a concrete step towards achieving that.”

For details about the “Women Color The Skies” project, please visit: www.womenofaviationweek.org/contests/women-color-the-skies-challenge

Women Of Aviation Worldwide Week, held annually during the week of March 8, aims to foster diversity in aviation by celebrating history, raising awareness, and sparking vocations as thousands of girls and women are introduced to aviation through industry-wide collaboration.

The Institute for Women Of Aviation Worldwide (iWOAW) is a not-for-profit consortium of businesses and organizations from around the world whose mission is to foster diversity in the air and space industry through outreach, education, and advocacy.
Pinkfroot, a leading flight tracking provider, has been providing live flight tracking apps as PlaneFinder since 2009. Pinkfroot’s culture is built around innovation, continuous improvement and high quality customer service. The female co-founder is particularly sensitive to projects empowering other women.