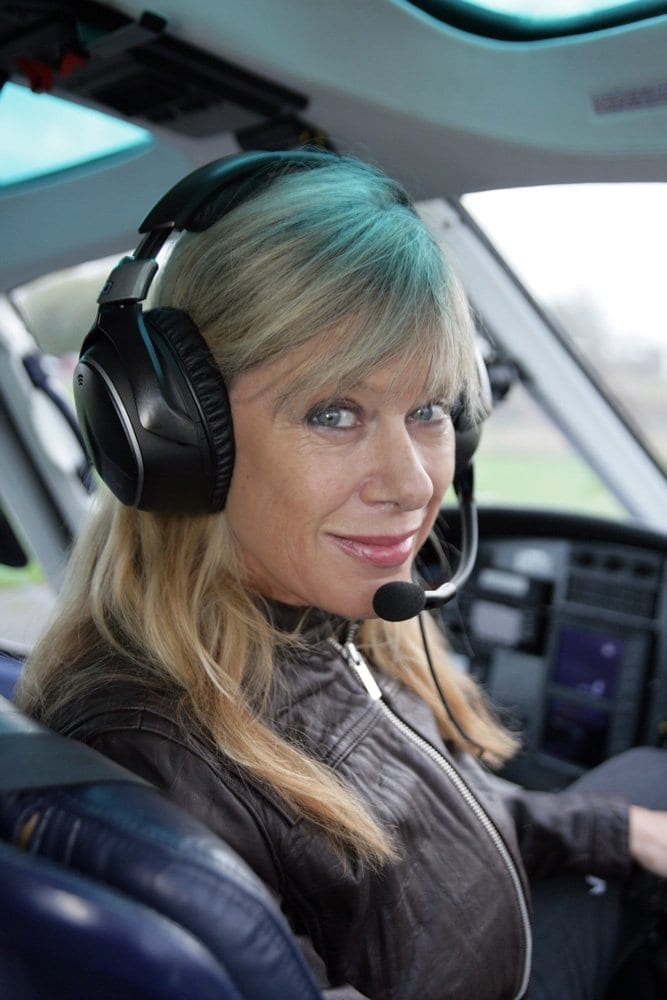 Pink Floyd drummer Nick Mason’s love affair with flying started around 25 years ago, in the heyday of the super group’s touring life, when he had happened to be chatting to his friend Vic Norman, aerobatic pilot and the man in charge of the Breitling Wingwalkers, explaining that one problem with touring was that alarm at all the air travel was getting the band down.

“Vic told me I needed to learn to fly,” Nick recalls. “He found me a brilliant instructor called Brendon O’Brien who, on my very first lesson, insisted we fly to Paris so that I could get the right sort of flying jacket. He said that was the way these things should be conducted!”

Nick was hooked and when, a few years later, guitarist and vocalist David Gilmour also learned to fly, the pair decided to share ownership of Nick’s Robin DR 400

“David really got into it, and ended up with a whole bunch of aircraft, some of which I had a share in,” says Nick. “Then David discovered helicopters and, as Annette said that she would really like to learn how to fly a helicopter, we bought a half share in a Robinson R22,” and Annette, a very accomplished woman in her own rights, learned to fly the helicopter.

Their ultimate goal was to own a Eurocopter Squirrel. “It was meant to be another 500 hours down the line,” he says. “But then I thought, I’m getting older, all sorts of things could go wrong, let’s get it now.”

That was six years ago and they have found it to be everything they wanted and, with the addition of the Sennheiser HMEC 466 with a Redel connector, flying is a true pleasure.

“The reason we came to use Sennheiser was through Bob Speller, Sennheiser UK’s aviation sales specialist.”

Bob had spotted the Mason’s Squirrel because of its unusual livery and, being in the midst of a car restoration course, wanted to practice his painting skills. He decided to copy the Squirrel’s design onto a pair of HMEC 466s and ended up with a job he thought was good enough to present to the owner.

“We’d already put a design on the rear headsets we use,” says Nick, “but couldn’t do it on the ones we were using in the cockpit. I thought matching the machine was a lovely idea. Bob got a message to me asking if I was interested in having a look and maybe trying the headset out.

“With helicopters, you’re always looking for the next, latest, quietest thing because they just are so noisy. Annette was particularly interested in the HMEC 466s because there is always that thing with hair, earrings and sunglasses.”

“They are incredibly comfortable,” agrees Annette. “When you wear earrings, the headset can push the stud into the back of your ear. I can wear the HMEC 466s because they’re soft and Nick says they’re great with the right pair of specs, which is important if you want to wear sunglasses.”

“We both agree that as well as the fit, the noise cancelling is the main quality,” Annette continues. “With the noise of the engine, it’s often quite difficult to hear what the air traffic controller is saying. You really need to be able to hear clearly, rather than having to get them to repeat things. I think one of the keys to good piloting is to sound really on it. To achieve that, you have to be able to understand everything they say – and that also makes you a better pilot. I was an actress, so I like to sound perfect. The whole thing is an audio marvel!”

With the latest technology in mind, Nick is now trying Sennheiser’s new S1 Digital noise cancelling headset, the same headset that four lucky pilots who introduce girls and women to flying during the 2012 Women Of Aviation Worldwide Week will win.