During the 6th Annual Women Of Aviation Worldwide Week, March 7-13, 2016,
girls and women who visit their nearest airport to discover flight in a small aircraft can win flight training scholarships, Apple Watches, iPads Minis, and much more. 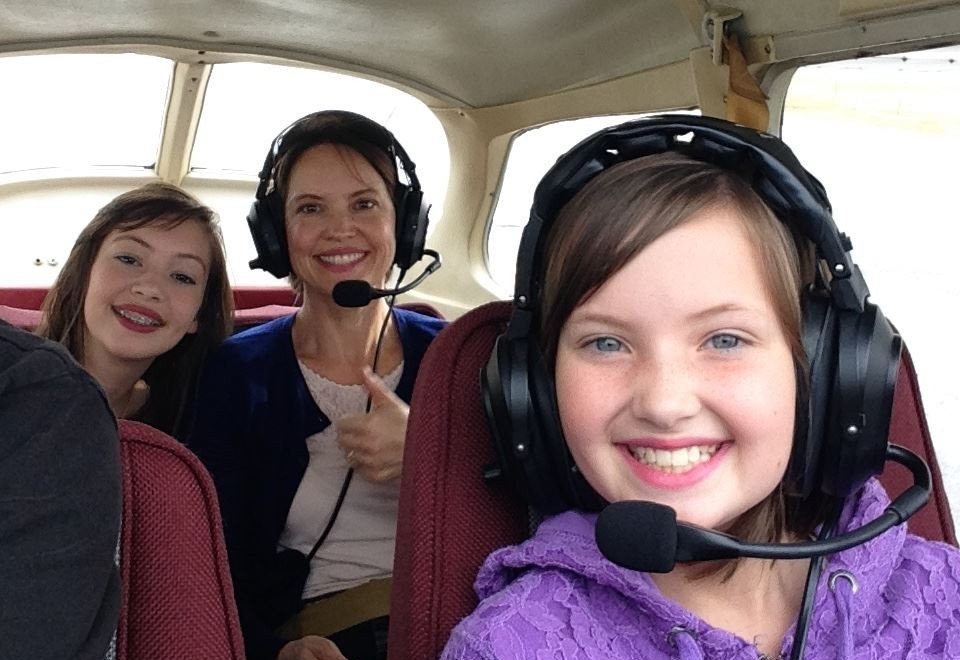 As part of the 6th annual Women Of Aviation Worldwide Week, a global aviation awareness week for girls of any age, the Institute for Women Of Aviation Worldwide (iWOAW) is offering Apple Watches, iPad Minis, custom jackets and custom silk scarves to girls and women who dare to step out of bounds and try flying in a small aircraft (maximum 6 seats) from March 7 to March 13, 2016 anywhere in the world.

“All aviation vocations begin with a passion for flight,” says Mireille Goyer, iWOAW’s Founder and President. “That passion is what motivates people to choose a career in aerospace. That’s why iWOAW focuses on addressing the significant and ongoing flight introduction gender gap.”

The outreach initiative launched by Goyer in 2010 is designed to spark aviation vocations within the female population and improve gender balance in the industry. It resolves around offering girls and women not familiar with the industry, a chance to experience various aviation activities, hands-on, as well as meet today’s women of aviation face to face to learn about the reality of various careers from a woman’s perspective.

“My career goals were tweaked by the event, in a very exciting way!” declared Barbara of Winnipeg, MB, Canada, after her eye opening experience at one of The Week’s many events using Goyer’s hands-on model. “I would want to work on plane design, like the body or engine,” adds Shivana, Titusville, FL, USA.

By far, the most emotional and life changing experience is flight, regardless of the type of aircraft. When free Fly It Forward® flights are included among the activities, registrations close due to overwhelming demand within a matter of days after announcement.

For those who fall in love with the art of piloting as a result of their flight during The Week, iWOAW offers three flight training scholarships totaling $4,500 CAD to the first three eligible female candidates who fly solo.

Women who had never considered learning to fly before The Week fly solo within 6 weeks of their first flight on average to win the scholarship.

Incidentally, more than 5 weeks before The Week begins, nearly 1,000 aviation enthusiasts on 3 continents have already registered their intentions to introduce 7,200 girls and women to flying in gliders, ultra-lights, airplanes, and helicopters. Numbers will likely double before the end of The Week, weather permitting.

Girls and women are invited to visit The Week’s official website, www.WomenOfAviationWeek.org, to locate events offering free flights or flight training centers offering special discounts on trial flights during The Week within their geographical area.

To qualify for the prizes and scholarships, girls and women must report their free or paid flights in The Week’s official website before March 15, 2016, midnight.